My two closest friends texted me within five minutes when the news broke. Dean, who has been a lifelong Rush fan hit me with the news first. We saw Rush together on their last tour in 2015. A couple minutes later Shane, my lifelong brother in life and music, texted me the news. They both knew how I would feel. They both share a deep love of music with me and an even deeper understanding of what this loss means.

Neil Peart wasn’t just a rock drummer. He is probably considered to be the greatest drummer who ever picked up the sticks. That is a debate, considering your own preference and musical interests. But any rock musician would put him in the top of their lists of influence. His methods, perfection and skill is absolutely beyond estimation. But Neil wrote all the Rush lyrics. So those words, were influenced by all sorts of fantasy and literature, who did comparisons with history and the psyche. All of it was from him. And the lyrics had substance. It went beyond just kicking ass and chasing chicks. Its not common in rock radio to be talking about integrity and honesty in a radio hit (Spirit of the Radio). Or even breaking down a love of a motor car (Red Barchetta). Or using history as a parable for a futuristic story about humans enslaves by aliens, inspired by German concentration camps that his bandmate’s family endured (Red Sector A). Or fuck, the granddaddy of them all: rebuttal of a totalitarian society who controlled and subdued creativity per potential rebellion, and it was a comment on their current state in their industry as artists (2112).

The examples go on and on. For me, i connected with lyrics about just wanting to be the cool kid in school, when I wasn’t (Subdivisions). And knowing you have to work hard to make your dreams come true (Something for Nothing). But today, i’m thinking about Neil, his life and the life of those whom I hold dear in my life and whom I share a love of music with. Its a garden to nurture and protect (The Garden).

Im sitting at work, devastated. Ive cried a lot today. Im sitting in silence. I want to turn on some Rush from my phone, but I don’t even know where to start. I’m not sure I can right now. I know it would turn me into a blubbering mess. Its yet another thing that changes for me as I grow older. You love a musician or an actor or an artist. They die, then you come back to the work and see it in a different way. Sad that its the end and you now have a complete body of their work, knowing nothing else will come from them. Amazed and sad at their work and performance, because it means so much to you. You use their art to define you and who you are. Like when I watch Star Trek now, I cry. Because I love those folks and miss them. He same it shall be now for Rush. I won’t hear it the same way again.

But most of all, I am grateful to have lived during the lifetime of those whose work spoke to me. Im grateful they gave me their art and grateful for who they were. Neil was a great man. A monster musician. A monster writer. And a humble, quiet, peaceful person. He endured the sudden loss of his daughter to a car accident, the loss of his wife to cancer and found happiness in continuing. He leaves behind a daughter who will have to find her own way now to cope without him. And he was so humble that even when he is considered the greatest, he cared enough about his craft that he re-learned how to play with teacher Fred Gruber. He changed his style and made himself better, without ego. That shows how much he cared and wanted to continue to grow and learn. He didn’t crave the attention or the limelight, in fact he ran out of the stadium after the last cymbal crash  to avoid it. He came,  he played and he gave it all to us. The best. The greatest. And he showed us how to be a great person.

This loss is incalcuable. For me on a personal level, it is devastating. I will not be the same again. RIP Maestro. The Professor. Thank you, beyond words.

—The Garden. RUSH off of CLOCKWORK ANGELS. Lyrics by Neil Peart. RIP
Posted by Phymns at 3:23 PM 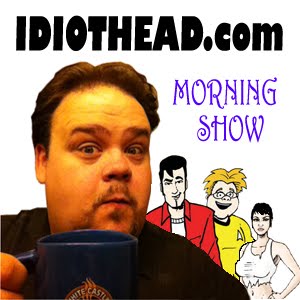